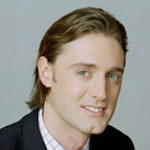 Michael Spirito currently serves as the head of business development and digital media at the FOX Sports regional sports networks, as well as at the YES (Yankees Entertainment and Sports) Network which he joined in 2006. Over the past 10 years, Spirito has been a pioneer in the digital media business, highlighted by the launch of the first in-market live game streaming product in MLB history in 2009, which was also the first authenticated ‘TV Everywhere’ product in professional sports. Other achievements include establishing YES’s industry leading presence in social media and first of their kind deals with Facebook and Google, YES’s partnerships with Arsenal Football Club and Manchester City, and multiple traditional and digital distribution initiatives. From 2000 to 2004, Spirito was a founding member of Time Warner Ventures, where he invested in the digital media space, leading deals in and serving as a board member of companies such as N2 Broadband (acquired by Tandberg TV in 2005) and BigBand Networks (IPO in 2007). Spirito began his career as an investment banking analyst in the Media/Telecom group at Credit Suisse.

Michael is a two-time Emmy Award winner, has been the recipient of Multichannel News’ “40 under 40,” and has been named to the CableFax’s “Digital Hot List” for seven consecutive years.