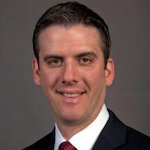 As the senior vice president of digital products and emerging technology, Michael Allen is responsible for the development and operations of the league’s digital portfolio across multiple media platforms. He oversees product development and operations of all of the league’s international digital products, including NBA League Pass International, the league’s full-season, live-game subscription service available to fans in more than 200 countries and territories on their computers, tablets, and mobile devices.

During his 15-year career at the NBA, Allen pioneered many digital initiatives into profitable business units, including the launch of live streaming games on NBA.com, the launch of the league’s 15 international websites, NBA All-Star balloting on multiple platforms, the first NBA mobile application, and the league’s debut of Twitter and Facebook destinations.

Prior to rejoining the NBA in 2006 as the director of digital products, Allen worked for MTV Networks, where he managed digital products for the VH1 brand, overseeing numerous online, gaming, and mobile launches.